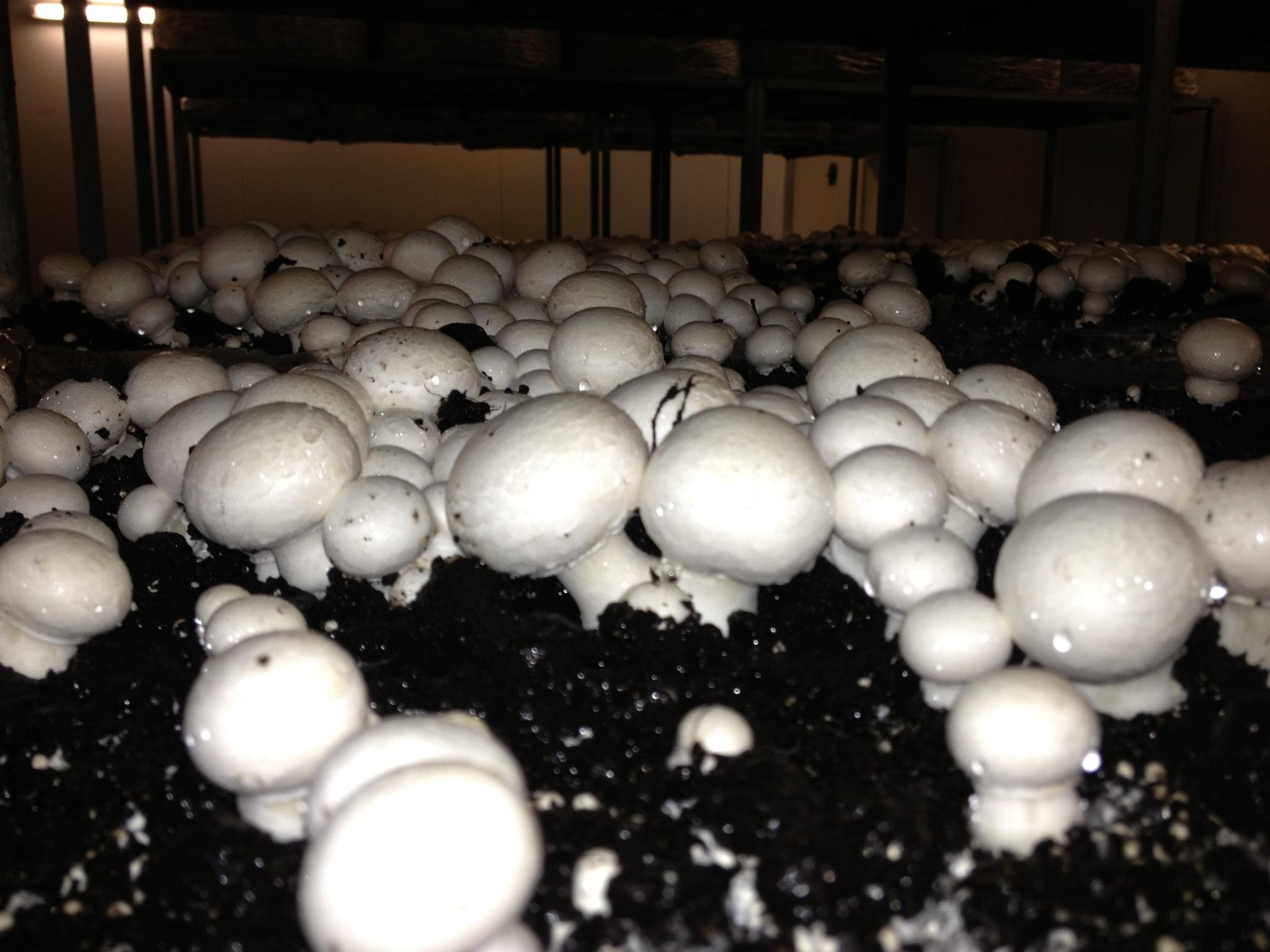 Most veterans of Lettuce Deliver have eaten a mushroom or two from Benalla Mushrooms! Since our first produce order for our small shop in Tamarama (way back when)... Andrew's Mushies have been a must have, and it is no wonder - he is a Master Mushroom Farmer.

It all started 26 years ago, when Andrew's father Norm had a vision to do something a bit different. He thought mushrooms, and it started with "how hard could it be?"

Hilarious looking back, consider how labour intensive and difficult it is to grow Certified Organic Mushrooms.

Starting out when there was no mushroom association or readily available information on how to grow mushrooms, you can imagine the process from idea to productive growing rooms has taken time, dedication and real passion...not to mention has been very costly.

Luckily for us, this was the turning point for the family, the farm and the processes. It was decided that day that the farm would go forward producing mushrooms 'chemical free'...that was in 1992.

No one else was doing 'chemical free' mushroom farming in Australia at the time, so everything has been learnt through trial and error. Even the information coming from 'chemical free' farmers in Europe wasn't much help because of how different the climate is. Andrew kept at it though, and they began getting their mushrooms to the market.

The family had been growing chemical free for a while when the prospect of becoming certified as organic growers was brought up by a customer in 1996. While it was a lengthy process to gain the certification, the key, was keeping at it. Andrew was and still is very passionate about how important it is for many Australians to have access to organic mushrooms compared to the alternative.

As part of the journey of being an organic grower, Andrew is always looking for ways to refine and perfect his process, in the search for the perfect mushroom. His dedication and longevity in the industry has not gone unnoticed...Andrew is one of the most highly respected growers in the country. Not only does he run his successful Farm supplying Australia with Organic Mushrooms, he is always welcoming new growers to his farm sharing his knowledge and skills learnt along the way with honesty and humour...it's no wonder we all love him!

Each crop goes through an eight-week cycle.

The process starts with compost which is pasteurised and spawned on the Farm. Although a lengthy process, (which many other Farmers do not undertake - but rather buy spawned compost) it is worth it as Andrew can boast full control over the entire growing process of his Mushrooms.

The spawned compost is then put in grow bags with a special growing medium on top, which is called casing, this is vented to introduce air, and the growing begins.

The growing room environments are controlled and carefully monitored. The only additive being air and water as the mushrooms germinate. The introduction of disease into a room is so delicate that Andrew and the staff all look like Space men while looking after our order!

From raw compost to the first mushroom the process takes 5-6 weeks. Each grow bag usually having a second and third crop soon after the first mushroom and then it is all over within 2 weeks. The Mushies are divided into different grades and then make their way to our kitchens, well quite a few kitchens really... considering the farm produces 2-2.5 tons of hand-picked mushrooms per week. All of which are packed on farm.

Talk about zero waste ! As the mushrooms are picked, the excess stems are trimmed, and the trimmings are taken to a cattle farm down the road. The cows love it! After the final harvest, the remaining compost is sold to nurseries as spent mushroom compost and the grow bags used are 100% recyclable.

Compared with conventional farming methods, Andrew's farm employs more staff, but less machinery, and of course there are no chemicals used in the process. While conventional farming can use an array of chemicals and drugs to prevent disease or infections in the crops, all Andrew gets is water !!! Now that says something for good processes!

There have often been Mushroom shortages....not that Lettuce customers know about it, considering Andrew always looks after us. How did Lettuce Deliver end up at the top of Andrew's list for supply I hear you asking....Well, that goes back to a day many, many moons ago when a much younger Andrew and Emma met at a wholesaler in Sydney. They discussed business and family, (the two words in the same sentence not an easy task as so many of us know), organics and sustainability and the rest is history!

...and we must mention Jill who is of course the unsung hero here as so many wives of amazing Farmers are. She also lives and breathes the farm walking every step with Andrew while also looking after the kids and house and books and everything else. Thank you for allowing Andrew to be as obsessed as he is about growing the perfect organic mushroom.